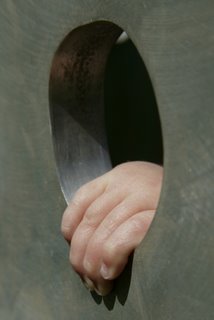 Biotech is R&D intensive, so research tools are a crucial element in this industry. It is not surprising that inventors who have found a new tool to do the expensive research are looking for ways to expand the reach of their tool invention. One way of doing so is to claim that the invention (the research tool, that is the composition or method to do experiments) is not only useful in conducting those experiments, but also in establishing what the result of this research will be, even if one does not know the outcome of this research as yet. Regularly this is referred to as “upstream” research to cover also the “downstream” results of that research. If the inventor of such an “upstream” research tool – such as cell lines, monoclonal antibodies, expression systems etc. – seeks patent protection he wants more than just freedom to operate the initial or “upstream” research tool .

The patentee wants to “reach through” the results of the use of this patented tool to also claim inventions not yet made by him. In claiming his invention he formulates “reach-through claims” which go beyond what he has actually discovered and which he described in detail in the patent specification. The claims extend to generally foreseeable products discovered through use of the invented search tool. The “reach-through” products are identified only by reference to the material or assay used to find or identify them, but they are not described specifically. An example of such a “reach through” is when someone discovers a new protein which might be suitable for use as a drug target. He is not satisfied to obtain protection only for the isolated drug target and methods of screening for drugs which act as inhibitors or agonists (as appropriate) for that drug target. He also wants to obtain explicit protection for all drugs which act as inhibitors or agonists for that drug target. Or in case of a drug screening process, the party who discovers such a process may wish to claim all drugs discovered through that process.

Needless to say that this “reaching through” practise evokes a great deal of excitement, and, as a result, litigation. The key issues is that such reach through patent claims on a downstream product are not automatically rendered novel and inventive simply because it has been discovered through a novel and inventive upstream process. One of the more recent and well known patent fights relate to such a patent: Ariad Pharmaceuticals et al v. Eli Lilly and Company.

What happened? Researchers identified a so called NF-kB signaling biological pathway. Rel or NF-kappaB (NF-kB) proteins comprise a family of structurally-related eukaryotic transcription factors that are involved in the control of a large number of normal cellular processes, such as immune and inflammatory responses, developmental processes and cellular growth. These transcription factors are active in a number of diseases such as cancer, arthritis, chronic inflammation, asthma and heart disease.

A jury found in May 2006 that the US patent (nr. 6, 410,516) that covered the research tool (the Nf-kB signaling pathway), owned by Harvard, the Massachusetts Institute of Technology, and the Whitehead Institute and which was licensed to Ariad Pharmaceuticals, was valid and infringed by Lilly’s sale of two products, Evista® and Xigris®. The patent, expiring in June 2019, covers disease treatment methods that affect the NF-kB pathway. The question at stake was if Lilly’s drug was acting on the patented pathway (the research tool) while the drug already existed before the pathway was discovered, would this prior existence of the drug invalidate the patent on the pathway by rendering it not “new”, or “novel”? The Ariad patent tried to “reach through” the Eli Lilly drug. If that is allowed, a previously “patent free” drug can all of a sudden be “reached” by a new research tool, as in this case the Nf-kB signaling pathway.

It is a hotly debated issue, for obvious reasons: if the patent is held to be novel, than this research tool becomes a money blockbuster in the hands of the patentee, who can then extend, or reach through, his invention to all molecules and compounds made as a result of the patented research tool. The licensing income would be enormous.

Could Europe have a “Ariad” like outcome as in the US?

Would the “reach through” practice be a viable option in Europe? If so, why would any patent troll not obtain the license rights (or even the European equivalent of the US patent) to this research tool?

“A method of altering expression in a cell of a gene whose transcriptional activity is altered by binding of nuclear factor kappa B (NF-κB) to the enhancer of said gene, comprising introducing an agent which controls dissociation of the nuclear factor kappa (NF-κB—IκB) complex present in the cytoplasm of said cell”

In many European countries the patentee of such a patent, in order to be successful in an infringement case against a “Lilly” type company would have to rely on the section in the EU patent laws relating to infringement by product of a process to establish an infringement claim. As to validity, the requirement that an invention claimed in a European patent must be both novel and involve an inventive step applies to reach-through claims in the same way as conventional claims. A claim to a downstream product is not automatically rendered novel and inventive simply because it has been discovered through a novel and inventive upstream process.

Another issue which is particularly relevant in Europe results from the European approach to evaluating inventive step. The presence of an inventive step is determined by considering the objective technical problem (derivable from the patent application) to be solved by the claimed invention. If an inventive screening process may be used to discover new drugs, then in order to have any prospects of obtaining protection for the potential drugs, a patent application should discuss the problems to be solved by the potential drugs, not just the problems solved by the screening process.

In the United Kingdom it is likely that reach through claims are vulnerable to sufficiency attacks. Following the Court of Appeal’s decision in American Home Products Corporation v Novartis Pharmaceuticals UK Ltd, such claims may be treated as mere invitations to carry out a research project. Unless the patentee has identified and characterized specific compounds using the assay, the court may well find that there are too many uncertainties involved in identifying such compounds to allow the scope of the patentees monopoly to cover any compound identified using the patented assay.

The answer to the European outcome of an Ariad equivalent patent attack remains uncertain. This European “terra incognita” could bear interesting potentials for anyone with a big purse and a cool head.