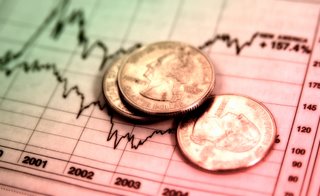 Companies spend billions of dollars on R&D to boost innovation output in the expectation of increasing profitability. From a study publised today by Booz Allen Hamilton, “Smart Spenders: The Global Innovation 1000“, it appears that it is not as easy as that: R&D spending does not necessarily increase profits. Booz Allen Hamilton’s annual study of the world’s 1,000 largest corporate R&D budgets uncovers a small group of high-leverage innovators who outperform their industries. Financial Times, claims it undermines repeated calls by governments in the UK and Europe for more corporate investments to close the transatlantic technology gap with the US. The Booz Allen Hamilton study, to be published in “strategy+business” seem to come to opposite conclusions as the DTI Scoreboard 2006, a study recently published by the UK Department of Trade & Industry (DTI).

However, the Booz Allen and DTI studies use different methodologies to rate R&D spending and its effects. Booz Allen conducts a more detailed analysis of the financial performance of the world’s leading R&D spenders to find the linkages between spending on innovation and corporate performance. This allows Booz Allen to identify the companies that outperform their competitors by getting better results from their innovation investment.

Both studies find increased R&D investment by the companies that spend the most on R&D spending. However, the Booz Allen study reports that revenues rose at an even faster rate.

Indeed, the most meaningful indicator of innovation investment, R&D spending as a percentage of sales, has decreased steadily since 2001, and by that measure, only 40% of the companies actually increased their spending rate in 2005.

Most importantly, the two studies examine the link between R&D and performance at different levels.

In the end, both studies agree that return on innovation investment depends on the effectiveness of a company’s innovation processes and organization, rather than the magnitude of its R&D spend (“Money doesn’t buy results”). A business also needs to make good strategic choices, demonstrate operational excellence and balance its R&D investment with investment in areas such as market development and design for production.