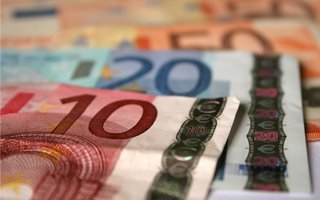 When on November 2, 2006 the US company Garmin – maker of GPS consumer products – and their direct competitor, the successful Dutch company TomTom, received its favorable judgment against TomTom in an IP matter, the District Court The Hague also awarded Garmin with a unprecedented judgment in court fees: €37,000 (US$ 47,000), to be paid by TomTom.

With regard costs, IP litigation used to be almost “risk free” in Europe and especially Netherlands, as the court costs, awarded to the winning party was nominal, in comparison to the actual attorney fees and other trial expenses. Although still small in comparison to US litigation, a litigant in The Netherlands can ask the court to be awarded with the full legal costs incurred. How did that happen and what is there in stock for the future?

The renewed interest in litigation costs originates from the TRIPS Agreement on the Enforcement of IP rights, art. 45 par. 2:

“The judicial authorities shall also have the authority to order the
infringer to pay the right holder expenses, which may include appropriate
attorney’s fees. In appropriate cases, Members may authorize the judicial
authorities to order recovery of profits and/or payment of pre-established
damages even where the infringer did not knowingly, or with reasonable grounds
to know, engage in infringing activity.”

As a result, in April 2004 the EU Directive 2004/48/EC (“on Measures and Procedures to Ensure the Enforcement of Intellectual Property Rights”), was adopted. The Directive regulates the measures, procedures and remedies which can be ordered by the competent judicial authorities in case of an IP infringement at the request of an entitled party, among which costs for litigation to be paid by the losing party. (Additionally, it aims to implement further instruments to enforce IP rights, which have been identified as ‘best practice’ measures in some Member States, which is not the subject this post). The Member States were due to implement the Directive in their national legislations by Spring 2006 at the latest (art. 20 (1). The Directive is still not implemented in all countries (see Overview implementation per October 2006).

Article 14 of the Directive directs the member states to harmonize their legislation on the payment of court costs (attorney fees and other expenses incurred by the successful party). These differ quite substantially (see Bruno Vermeulen in Journal of Intellectual Property Law & Practice, Vol. 1, No. 1).

In Italy, for instance, although the law states that the losing party should pay the costs of the litigation, the courts are reluctant to award payment of the entire sum. Moreover, when the subject matter of the litigation is particularly complex or when the claimant is only partially successful, the Italian court can divide the costs between the parties.
In contrast, the English courts are more inclined to award litigation costs at the expense of the losing party, or they may award costs against a party who has unnecessarily incurred expense by raising futile arguments or causing unnecessary procedures, even if that party wins.
In Germany, costs must be borne by the losing party, but they are strictly calculated according to formal rules, resulting in the so called “Streitwert” of the proceedings.
In Belgium, the Supreme Court allowed the recovery of attorneys’ fees, but it is still unclear how this will be implemented further.
In the Netherlands fixed compensation for administrative costs based on the number of court actions is common in Dutch civil proceedings. In practice, it boiled down to a situation where litigants had to bear their own legal costs.

A change in the way court costs are being attributed is especially helpful for patent owners in smaller jurisdictions like the Benelux where damage awards are usually very low (small market), but where the costs for successful enforcement of a patent may not necessarily be lower than in other, bigger, countries. As a result of the Directive the Netherlands proposed to change its law of civil procedure on court costs as well as other changes proposed under the Directive. Dutch courts are now applying – under art 237 Law on Civil Procedure – the Directive (“horizontal direct effect”) to allow full compensation of court costs in IP matters, rather than a “token” award of costs, as was previously the case. The debate is still going on in Holland how to calculate the actual costs and how to use this in a fair and equitable manner by the courts. In patent litigation the attorney fees are usually far higher than in “soft” IP matters. There are voices that recommend to introduce a similar system as in Germany, court costs are there based on the “value” of the case, or “Streitwert“. Soon we may therefor see even larger court costs rewards in Netherlands than the one in Garwin vs. TomTom (which was a design law issue, not a patent infringement case).

As per November 2006 not all EU member states have implemented the Directive in their national legislation. For a full overview on the Enforcement Directive and the way it has been implemented in various EU countries, click here.
Add to Flipboard Magazine.