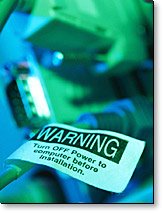 Last Friday, September 29, 2006 the Supreme Court of The Netherlands (“Hoge Raad”) handed down its decision in CFS Bakel B.V. vs. Stork Titan B.V. (Dutch, English translation here) which considered a patentee’s liability for actions taken on the basis of a patent which subsequently turned out to be invalid.
Whilst apparently endorsing the earlier approach as set out in a Supreme Court case dating from 1962 (in the case Drefelin vs. Wientjes, NJ 1965/116), where it was held that a patentee would not be liable in tort unless he acted reprehensibly, the Supreme Court gave a further gloss to the test. It would appear that the standard for tortious liability to arise is now lower than it was previously.
The Supreme Court in CFS Bakel vs. Stork held as follows:

“This means that the patentee who relies on an examined patent which is later revoked or cancelled acts tortiously if he knows, or ought to understand, that there is a serious, non-negligible chance that the patent will not survive opposition or invalidity proceedings. The mere fact that an opposition or invalidity proceedings are pending is therefore insufficient reason for tortious liability to arise.”

What the Supreme Court has done is to borrow a test from summary proceedings (where an injunction will be granted unless there is a serious, non-negligible chance that the patent will not survive opposition or invalidity proceedings) and use this as the basis for tortious liability. The test would seem to be more easily satisfied than the earlier test as applied by, for example, the Court of Appeal of The Hague in the case of Koppert vs. Boekestein (IER 2001/57). There, it was held that a patentee would behave reprehensibly if he exerted his patent rights whilst knowing or having a serious reason to suspect that the patent was invalid.
The test was similarly applied recently by the District Court The Hague in the decision of 13 July 2005 in the case of Astée Flowers vs. Danziger ‘Dan’ Flower Farm (BIE 2006/60), a case concerning plant breeders’ rights. Here, the Court held that whether or not liability was made out was likely to depend on whether or not the right was relied upon within or outside the framework of legal proceedings, and whether or not the threat was directed against a primary infringer or against his customers in the marketplace.
The same test was also applied by the District Court The Hague in Wijbenga Machines vs. Eisenkolb (April 19, 2006) and in interim proceedings (by the same court) in Novogen vs. Care for Women (January 11, 2006). There, it was held that the fact that 19 oppositions had been filed at the EPO against the patent was not in itself a reason to find the patentee tortiously liable vis-à-vis the defendant. (The patentee had threatened the defendant’s customers with infringement proceedings if they continued to stock the defendant’s allegedly infringing product, and had omitted to mention the fact that the oppositions had been filed). The judge did however imply that continuing to threaten the marketplace with the patent after his own finding that the patent stood a good chance of being invalidated would be likely to give rise to tortious liability in the future.
Clearly, there is a difference between a party knowing or having a serious reason to suspect that a patent is invalid on the one hand and the situation where a patentee understands (or ought to understand) that there is a serious, non-negligible chance that the patent will not survive opposition or invalidity proceedings. Estimating the chances of success in a patent action is not an exact science. In cases which end up in Court, there generally will be (at least in the eyes of the alleged infringer) a reasonable chance that the patent will indeed be defeated (or that infringement will not be made out): otherwise the case would presumably settle. How the lower Courts will come to terms with the new gloss remains to be seen.