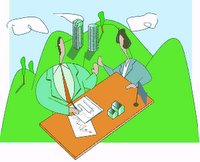 In an earlier post we referred to the launching by the EU commission of a hearing on a Future Patent Policy. The report of the public hearing as well as a summary of preliminary findings can be found at the EU Internal Market website.

On September 21, the EU Commission published the report of another public consultation, on the Future of a Single Market Policy, launched in April 2006. The results, as far as patents is concerned, aren’t particularly shocking. In the executive summary it refers only once to patents, saying:

“Many argue that improving the intellectual property framework should be treated as a priority, in particular in patents and copyright. Finally, many see the opportunity for fostering innovation through public procurement rules (including for SME’s) and stress the need for increased awareness-raising for public authorities and SME’s, and better implementation and enforcement.”
It strikes us as odd, that the continuous concern expressed for the position of SME’s does not translate into a more active attitude towards patent and innovation issues by those same SME’s and their representatives. Little is known (let alone being supported by research data) how SME’s are affected by the present patent system and in what sense they have are harmed by insufficient enforcement or access to that system. It is striking that it are the SME’s that actually fail to apply for EP patents, some noting the costs of application, but again little material substantiating this claim is being presented. Again and again the position of SME’s are being mentioned as being the main victim of high costs, little access to enforcement and other perceived disadvantages over bigger industry. We have still to see what evidence is being presented to support that. It becomes time to have a more active and conclusive SME organization stopping whining about the patent system, translations and barriers to access, but rather contributing to improvements of the present system, support for a uniform enforcement system like EPLA and present a workable solution for the always present translation issue.
Add to Flipboard Magazine.