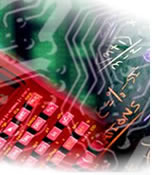 On October 27, the UK Court of Appeal handed down its judgment in two cases concerning the exclusions to patentability for business methods and computer programs under Article 52(2) and 52(3) of the EPC (s1(2) PA 1977), the first between Aerotel Ltd vs. Telco Holdings Ltd. cs. and the other in the matter of Application Neal William Macrossan.

Mr. Macrossan’s patent application claimed a patent for an automated method of producing and acquiring the documents necessary to incorporate a company, through communication between a remote server and a user. The application for a patent was refused by the hearing officer, on the grounds that it fell within the exclusions from patentable inventions. She concluded that the invention amounted to a method of performing a mental act, a method of doing business and a program for a computer. English case law at the time of the hearing was taken to have established that an invention which at first glance fell within the excluded categories (because it relied on a computer program) could nevertheless be considered patentable if, and to the extent that, it were found to provide a “technical contribution”. For example, a computer program which speeded up the operation of equipment could be considered to provide such a “technical contribution”, and therefore not amount to a computer program “as such”.

The hearing officer concluded that the claimed invention provided no “technical contribution” sufficient to take it outside the excluded categories, rather it “merely reduced cost, labor and error”. Mr. Macrossan appealed this decision to the High Court, where the case was considered by Mr. Justice Mann. Mann J’s only point of divergence from the decision in the Patent Office was his finding that the claimed invention was not excluded as a “method of doing business”, drawing a distinction between methods of carrying out business (excluded) and tools which might be used in a business (not excluded). He stated that “The activity involved in the invention is a business service, or end product, for which the customer is prepared to pay and for which the customer contracts…but that is not what the exclusion in the Act is aimed at, in my view”.

Since the decision of the hearing officer in March 2005, the decisions in CFPH LLC’s Application and Halliburton Energy Services Inc v Smith International (North Sea) Ltd [note] had been taken by some as having altered the approach to be taken by the Patent Office to the application of the exclusions, in particular by de-emphasizing the “technical contribution” element of the test. This approach had apparently been subsequently affirmed in Shoppalotto.com Ltd’s Application and Research in Motion (UK) Ltd v Inpro Licensing SARL.

As summarized by Mr. Justice Pumfrey in the Research in Motion case: “It is now settled…that the right approach to the exclusions can be stated as follows. Taking the claims correctly construed, what does the claimed invention contribute to the art outside excluded subject matter?”. Separately, Aerotel Limited sought to rely on a patent for a pre-paid telephony system, which was attacked on the grounds of excluded subject matter.
The Court of Appeal decision
The Court of Appeal thoroughly reviewed the national and EPO decisions and concluded that “the time has come for matters to be clarified by an Enlarged [EPO] Board of Appeal,” because the existing EPO decisions were contradictory. The Court did not concern itself with political considerations or any views either way as to whether the exclusions were “a good thing”. It noted the broader approach taken in the USA but did not find it a helpful guide. Although there was a “need to place great weight on decisions of the [EPO] Boards of Appeal”, to do so in this area would be premature, the Court felt, given the fact that three distinct new approaches had emerged in the EPO case law, each to some extent in conflict with the others.
The Court therefore suggested that this was a point of law which it would be appropriate for the President of the EPO to refer to an Enlarged Board of Appeal, and the Court ventured to suggest questions to assist the President in formulating the reference. Until such a reference, however, the court declined to follow the EPO cases, considering itself bound by its previous decisions and, in particular, Merrill Lynch’s Application. This meant applying the “technical effect” approach, which it summarized as: “Ask whether the invention as defined in the claim makes a technical contribution to the known art – if no, Art 52(2) applies”, with the ‘rider’ that “novel or inventive purely excluded matter does not count as a ‘technical contribution’”.
It was also agreed that, although there are different reasons for the different exclusions, a common approach can be adopted by applying a four-step test:
(1) properly construe the claim;
(2) identify the actual contribution;
(3) ask whether it falls solely within the excluded subject matter; and
(4) check whether the actual or alleged contribution is actually technical in nature (although this step, required under Merrill Lynch, may be superfluous).
Aerotel was allowed to keep its telephony patent, but Mr. Macrossan fared less well. The Court of Appeal did doubt whether Mr. Macrossan’s invention constituted a method of performing a mental act: “we are doubtful as to whether the exclusion extends to electronic means of doing what could otherwise have been done mentally”, but did not decide that one way or another because it was firmly of the opinion that the invention was both a method of doing business as such and for a computer program as such.
By finding that the invention was a method of doing business, the Court of Appeal disagreed with the High Court Judge, and concluded that drawing a line between excluded abstract methods and tools which might be used in a business was not feasible. In addition, the requirement implicit in Mr. Justice Mann’s reasoning that the exclusion should only apply where what is claimed involves the completion of a business transaction was also overruled, with support being found in the French and German versions of the European Patent Convention.
The Court then went on to apply the re-formulated four step test in light of the business method and computer program exclusions:
(1) the construction of the claim presented no difficulties;
(2) the actual contribution of the inventor – “what he added to human knowledge” – was said to be that “he has thought of…an interactive system which will do the job which otherwise would have been done by a solicitor or company formation agent” and has provided “a computer program (in practice probably an interactive website) which can be used to carry out the method”;
(3) these contributions were considered to fall solely within excluded subject matter: “Mr. Macrossan’s method is for the very business itself, the business of advising upon and creating appropriate company formation documents” and “the contribution is just the devised program up and running”; and
(4) no technical contribution was found: “there is obviously none beyond the mere fact of the running of a computer program”.
Comment
The decision in this case should bring clarity to the approach to be taken by those applying the exclusions in the UK. It has not, however, broadened what is patentable. It is a judgment that appears to be tinged with regret. First, because the Court of Appeal could not itself force a reconciliation of the conflicting EPO authorities, and second because the Court was obliged to apply Merrill Lynch with its emphasis on “technical contribution”. It is apparent that the Court would have preferred to view technical contribution as inherent in the question, “does the contribution consist of excluded subject matter as such?”. In addition, the Court commented that in its view the EPO cases tend to take too generous an approach in relation to computer programs. That is, the Court criticised EPO decisions permitting patents for software recorded on some form of media, indicating that the framers of the EPC meant to exclude computer programs in a practical and operable form, not just in the abstract. The UK Patent Office should now be clear as to the correct test. But this approach may well need revisiting if the EPO Enlarged Board of Appeal does have the matter referred to it.

Nevertheless, even following such a clarification, given the EPO case law (however contradictory in approach) in our view it is unlikely that business methods will become patentable in Europe (as they are in the USA). And the patentability of software inventions in Europe is likely to remain debatable for some time.