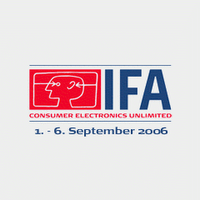 Today Sisvel, Europe’s very own “patent troll”, was given a serious blow by a Berlin Court. Sisvel convinced German public prosecutors to provide some helping hands in pressing companies in the mp3 audio field to take licenses under patents, owned by Philips and other companies. Sisvel obtained an order from the German Public Prosecutor’s Office to seize SanDisk’s newest mp3 products at Europe’s largest electronics exhibition, IFA. Sisvel used this Prosecutor’s order to conduct raids at the IFA exhibition in Berlin to force SanDisk to remove products from its IFA booth, allegedly infringing patents, administered by this Italian patent troll. The court found the use of the criminal seizure proceedings against the law and ordered Sisvel to immediately stop and lift the seizures.

The sad news for Sandisk is that IFA ends today so the court’s order may not restore SanDisk legitimate commercial activities at IFA. Sisvel once again showed that its rogue measures to press innovative companies like SanDisk into license deals are not only counterproductive, they cross legal boundaries. Sisvel’s strategy worked for Italy, but a German court has stopped this illegal use by Sisvel of criminal proceedings in cases where (just) patents are at stake.

IPKat wondered on his IP blog – reporting on the recent ATRIP conference in Parma, Italy, what can constitute a misuse of IP right when he pondered “Who decides what is normal/abusive/legitimate etc and by what authority.” Well in my view this behavior by our own EU patent troll Sisvel clearly is, in my mind, a good example. The Judge in Berlin agreed.
Want to know more about patent trolls? Visit the Patent Trolls conference in London on December 8, 2006
Add to Flipboard Magazine.